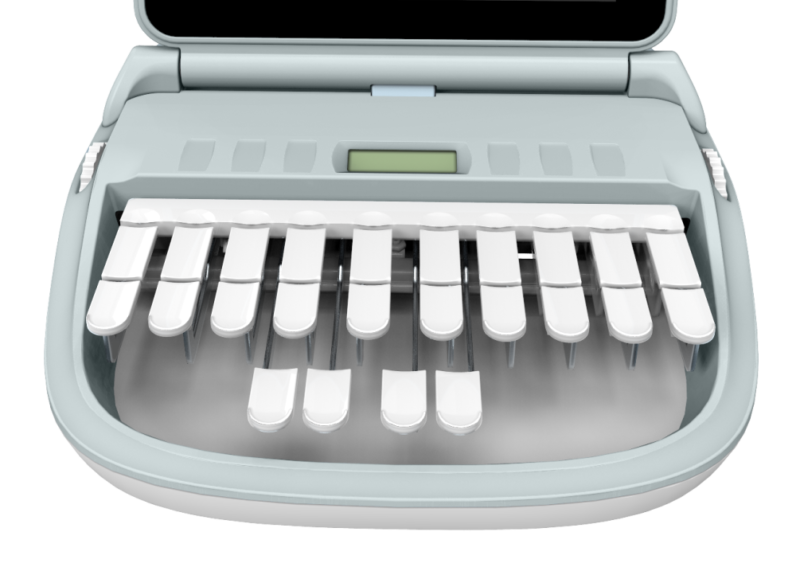 Coming up with simple but unique one-stroke steno outlines for speaker IDs, or AccelerWriters (macros executed during translation to edit from the writer) or even a unique fingerspelling alphabet can be difficult when you’re trying to avoid conflicts. Some reporters and captioners have even asked our developers to enhance future writers to include an “extra” key or two on the writer that could be used with other steno to create new, unique outlines.

But you don’t need an enhanced steno keyboard to gain this capability: you can already do this with your current writer, whether you’re using a Luminex II, an original Luminex, a Diamante or even an older Stenograph professional writer. You can, right now, create hundreds of new, unique steno outlines by pressing one of the Mark buttons on the writer at the same time as you press other steno keys.

Each of these strokes can be defined as whatever you need them to be. Whenever you need a new, unique stroke guaranteed not to conflict with anything you’ve previously defined, try using steno combined with the Mark button.