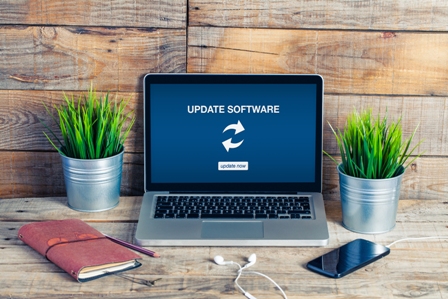 If you’re currently using or are eligible for CATalyst Version 21, you probably received an email last Thursday, June 4th, letting you know that a new update, version 21.03 is now available to be downloaded and installed. Have you clicked Help, Check for Updates and then updated to 21.03 yet? If you haven’t, let’s take a moment to think about why you haven’t done that yet. Is it because you’re afraid of updating?

Fear of installing updates is not uncommon. Almost everyone has a “friend” who claims to know someone who “suddenly” experienced a serious problem shortly after updating their software, and they’re always “certain” it was caused by the update, because “that was the only thing different about the system.”

I’ve read and heard that many times! However, whenever I delve deeper, I frequently find that the issues were not at all related to updating CATalyst software. Typically, the person had been doing quite a lot, other than installing an update, and it was those other actions that were responsible for making a change that caused an issue. Another thing I find is that issues are caused due to an error made by someone who didn’t quite understand the feature they were using, or because they were stressed or working quickly and forgot or skipped over a crucial, required step that caused the issue they experienced.

Stenograph’s updates are always tested extensively before they’re released to ensure that they’re safe to install. The last thing we want to have is thousands of customers suddenly calling in with issues! So when we issue an update containing new features or enhancements or fixes, we work very hard to ensure that it works exactly the way it’s designed so that you will have the best possible experience with your software!

Remember, too, that when an update contains fixes, that means that someone experienced a problem, reported it, we fixed it, and now we’re giving that fix to you to make sure that you never experience that same problem.

The other thing I’ve heard a lot is, “My software isn’t broken, and I’ve never experienced any of the issues that are described in the ReadMe file. So, there’s no need for me to update and it’s safer not to change anything.” That’s just not true. The truth is that failing to update is likely to increase your vulnerability and put you at greater risk of experiencing issues.

So whenever you hear that an update for your CATalyst software is available, you should open up CATalyst at your earliest convenience and click Help, Check for Updates (or press Alt+h, u).